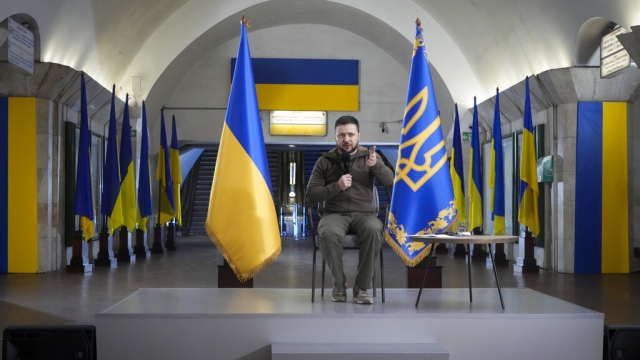 SMS
Zelenskyy Says U.S. Officials To Visit Ukraine Sunday
By Jason Bellini
By Jason Bellini
April 23, 2022
Newsy reached out to the White House and U.S. State Department but both declined to comment.

Ukraine President Volodymyr Zelenskyy announced he plans to meet with U.S. Secretary of State Antony Blinken and Secretary of Defense Lloyd Austin in Kyiv on Sunday.

Zelenskyy spoke of the visit during a rare press conference and said that he plans to discuss with the U.S. officials "the military assistance we need.”

"We're waiting for the security situation to allow Mr. Biden to come as well, just to support Ukrainian people," Zelenskyy told reporters. "Tomorrow we will have this conversation, and we'll talk about that armament list that we need ... the equipment that we need and the terms of provisions."

Newsy reached out to both the White House and U.S. State Department but both declined to comment.

Additionally, the Ukrainian leader says he is still committed to pressing Russia for peace.