Former Comedian Volodymyr Zelenskiy Sworn In As President Of Ukraine 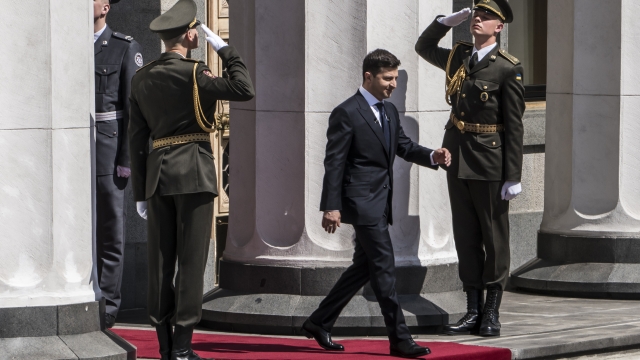 A former comedian and first-time politician was sworn in as the new president of Ukraine Monday, and he didn't waste time calling for major changes.

During his inauguration speech, Volodymyr Zelenskiy said he's dissolving Ukraine's parliament. Elections were scheduled for October, but Zelenskiy will move them up to July.

Zelenskiy made fighting corruption a central focus of his campaign. NPR reports that during his speech, he urged members of parliament to pass anti-corruption legislation and improved transparency in government before leaving office in two months.

One big issue ahead for Zelenskiy is handling Ukraine's relationship with Russia. The two countries have been in an ongoing war for years, since Russia annexed the Crimean peninsula.