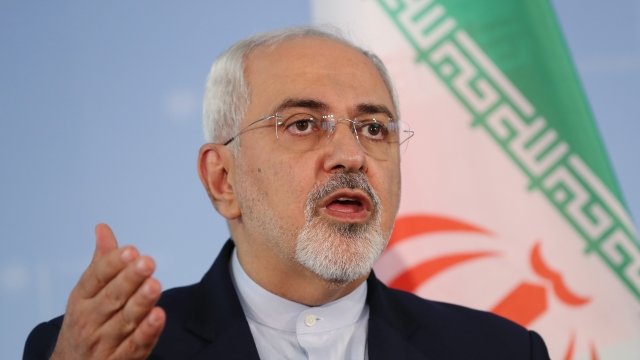 "Let me make it absolutely clear once and for all: We will neither outsource our security, nor will we renegotiate or add on to a deal we have already implemented in good faith," he said in a video statement published Thursday.

But President Donald Trump has said he'll pull out of the deal if it's not "fixed." And some U.S. allies in Europe have suggested certain things in the deal could be changed. Zarif says if there were a new deal, concessions would come from Iran "and not the West."

In his video, Zarif seemed to make a jab at Trump, a former real estate mogul.

"When you buy a house and move your family in, or demolish it to build a skyscraper, you cannot come back two years later and try to renegotiate the price," Zarif said.

Trump has until May 12 to decide whether to reimpose economic sanctions on Iran. And Zarif said in April that if the U.S. left the deal, Iran would "resume at much greater speed our nuclear activities."