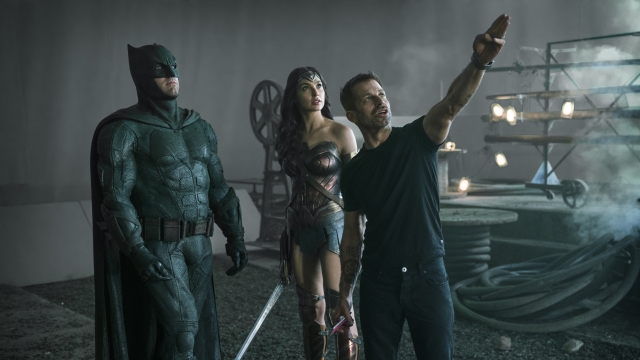 "Zack Snyder's 'Justice League'" — better known as the "Snyder Cut" — was never going to be released.

Amanda Guarragi, critic and editor in chief of Candid Cinema: "It was kind of like, I don't know if this is ever gonna happen."

Film journalist Sab Astley: "I thought even if it did exist, it's never going to come out."

For years, the film was a never-before-seen director's cut, a myth propelled by a global hashtag, and the fallout to the poorly received "Justice League" directed by Joss Whedon.

The campaign to "#ReleaseTheSnyderCut" included a Times Square billboard campaign during New York Comic Con, costumed rallies in front of Warner Bros.' office, and a half a million dollar donation to the American Foundation for Suicide Prevention.

Astley: "It's kind of just crazy to see how much power this specific fandom has had."

Illustrator Alex Carrillo said, "I think it's amazing to see fans trying to get what they want. Because at the end of the day, the films are for them."

In 2020 — three years after the original film's theatrical release — Warner Bros. finally revealed the Snyder Cut was real, and it was going to be released on HBO Max.

Fabian Wagner, director of photography for "Justice League" said, "This is a totally different movie by itself. … This will have very little to do with what we've seen in 2017."

The film is a four-hour behemoth that expands the story of the 2017 film and gives more airtime to new characters like Cyborg and the Flash.

In this way, the Snyder Cut isn't really that different from other fan-campaigned directors' cuts like Richard Donner's "Superman II" or "Blade Runner: The Final Cut." But what makes the film so unprecedented is the scale of the online effort and the fans' emotional allegiance to its director.

Guarragi said: "Social media has presented a really interesting narrative in this case, specifically with Zack [Snyder] though. I don't think it would ever happen again without a connection to a director like that."

The auteur architect of the DC Extended Universe originally stepped down from "Justice League" following the death of his daughter, and in returning to the re-release, is raising money for suicide prevention programs.

Wagner: "I'm just very grateful for the fact that Zack could finish the movie in his vision and the way he always wanted to, and I hope the fans are gonna love it."

Carrillo: "They're finally getting a film that they wanted to see since the beginning."

Guarragi: "It's iconic already. Without even watching it, it's iconic."