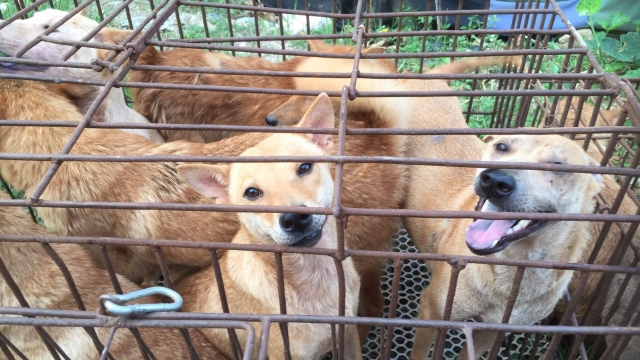 SMS
Despite Ban Rumors, The Yulin Dog Meat Festival Is Still Happening
By Lindsey Pulse
By Lindsey Pulse
June 22, 2017
Rumors surfaced in May claiming the festival would be canceled and that selling dog meat would be banned.
SHOW TRANSCRIPT

The highly controversial dog meat festival in Yulin, China, is, in fact, happening.

Rumors started circulating in May that selling dog meat would be banned for the duration of the festival. But recent photos and video show dogs were ready for purchase even before the event began.

The officially named Lychee and Dog Meat Festival happens every year to mark the summer solstice in China. In peak years, an estimated 10,000 dogs were killed for the celebration. 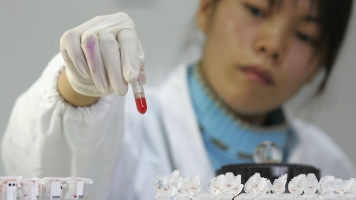 China Publishing More Studies Than Ever Amid Research Controversies

Activists have tried to get it shut down for years, claiming the dogs are treated and killed inhumanely. They've also claimed pet dogs are stolen and sold for consumption, but vendors and participants dispute that.

Yulin's government can't shut down the festival because it's not a state-sponsored event. Plus, eating dog meat isn't illegal in China — activists estimate more than 10 million dogs are killed every year for food.

Still, for years animal rights activists in China and internationally have called for an end to the annual event.