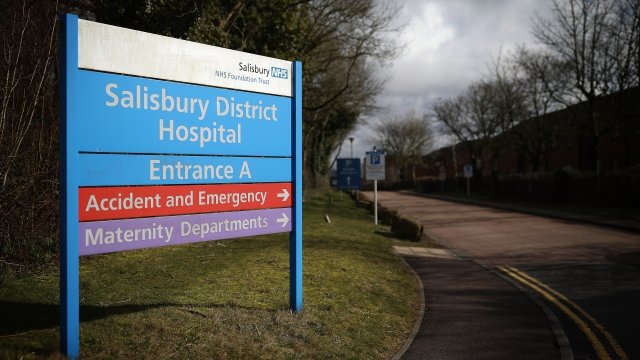 SMS
Yulia Skripal Moved To 'Secure Location' After Hospital Release
By Katherine Biek
By Katherine Biek
April 10, 2018
She and her father, Sergei Skripal, were found slumped over on a park bench in Salisbury, England, on March 4.
SHOW TRANSCRIPT

Yulia Skripal has been discharged from the hospital after she was poisoned by a nerve agent last month.

Skripal and her father, former spy Sergei Skripal, were rushed to a hospital in Salisbury, England, in critical condition, after they were found slumped over on a park bench on March 4.

The BBC reported Yulia Skripal was moved to a secure location after being released from the hospital Monday. She'll continue receiving some medical treatment.

The Russian embassy in the U.K. reacted to news of her release on Twitter, saying it needed "urgent proof" that she was not being influenced.

As of Tuesday, her father is still in the hospital, though the hospital said he was improving.