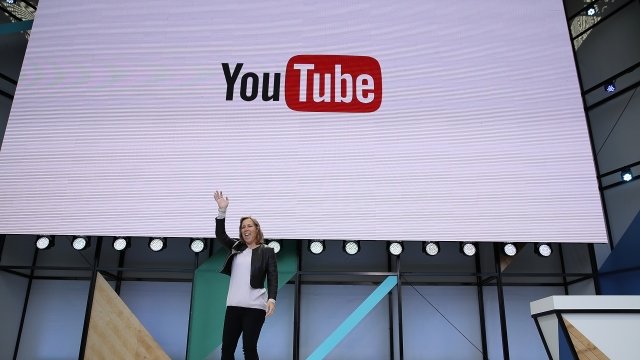 SMS
YouTube Says It Wants To Be 'Consistent' — It's Been Anything But That
By Casey Mendoza
By Casey Mendoza
February 14, 2018
YouTube's CEO said it wouldn't kick Logan Paul off its platform because it wants to be "consistent" with its punitive actions.
SHOW TRANSCRIPT

YouTube's issues with its content creators go way beyond Logan Paul — who posted the video of a dead body in Japan.

But Paul isn't leaving the site anytime soon, at least according to YouTube's CEO. Responding to public criticism, she said the company was trying to implement "consistent laws." But YouTube has been anything but consistent.

YouTubers, like former BuzzFeed video producer Chris Lam, argue the company is only responding to the issues of high-profile channels, rather than the site as a whole.

At Recode's Code Media Conference, YouTube CEO Susan Wojcicki was asked why the platform continues to host Paul's channel. Arguing the YouTuber hasn't broken the company's three-strike policy, Wojcicki said: "What you think is tasteless is not necessarily what someone else would see as tasteless. We need to have consistent laws codified in our policies so ... we can apply it consistently to millions of videos and millions of creators."

"I really hate the fact that YouTube is only responding when it's about Logan Paul, and when it's about smaller communities per say, it's not really a big issue," Lam said in an interview with Newsy. "I haven't really seen any effort into fixing this systematically." 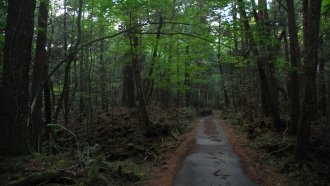 Some of these smaller communities include gaming or "prank" channels; two creators in those genres faced severe legal consequences for what they did on YouTube.

Despite getting arrested in 2016 on accusations of statutory rape and child pornography, gaming YouTuber Marcus Wilton kept making money from the site until January. Wilton was accused of using YouTube to exploit underage fans.

Similarly, Michael and Heather Martin — of the "prank" channel DaddyOFive — were charged with child neglect and sentenced to five years of probation for making videos of themselves physically and emotionally abusing their children.

YouTube removed ads from the couple's videos months after they were charged, but the couple is still using the platform. As of mid-January, their new channel had more than 160 videos and over 200,000 subscribers.

And the site is careful not to label itself a media company, even though it does produce original videos. Instead, like Facebook and Twitter, YouTube considers itself a "technology platform." It seems to be less willing to provide guidance on what sorts of videos are inappropriate — or even dangerous.

Lam makes a final point. He brings up the Tide pod challenge and a woman who tried to make a viral video but accidentally fatally shot her boyfriend. He says the desire to be famous on a website that doesn't seem to consistently punish bad actors can put lives at risk.

"It really just, honestly, hurts me when I see people doing stuff for the sake of sensationalism without really thinking about the people that they're affecting," Lam said. "This is the kind of environment that YouTube has created, where people are literally willing to put their lives on the line in order to get famous."