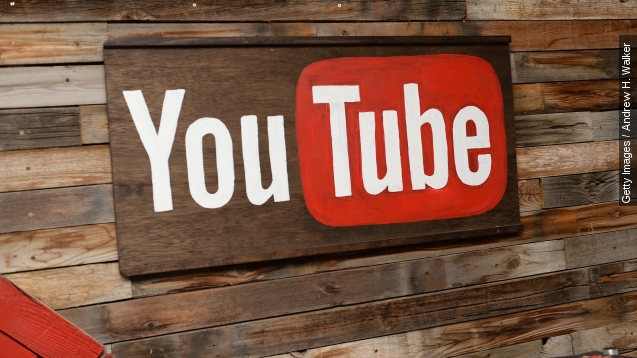 YouTube Kids –– the offshoot of the main site advertised as a safe place for kids –– may not be as kid-friendly as we thought. (Video via Google)

At least according to two advocacy groups. The Campaign for a Commerical-Free Childhood (CCFC) and Center for Digital Democracy (CDD) filed complaints with the Federal Trade Commission because of junk food ads that play on the app. (Video via Medo Tech)

The groups say they found hundreds of commercials from Nestle, Coca-Cola and Nutella on the app and they're not happy.

In a statement about YouTube, the CDD said, "Our new complaints underscore why the FTC needs to stop Google from engaging in what are nothing less than harmful, unethical, and irresponsible practices that target America’s youngest children."

This isn't the first time YouTube Kids has drawn the ire of child advocacy groups for this exact same issue.

In April, CCFC filed a complaint for "unfair and deceptive practices" for similar ads. All of the complaints say YouTube is breaking its own advertising policies by allowing the junk food ads.

And obviously YouTube disagrees. The company told Wired the ads in the Kids app go through an approval process to make sure they fall within the company's policies, which prohibits ads that show food and drinks. (Video via YouTube / CTNtechnologynews)

A spokeswoman said paid product placement doesn't make it on the app. She said, "The app contains a wide-range of content, including videos with food-related themes, but these are not paid advertisements."

Paid or not, those screencaps included in the complaint prove a broader problem with apps for kids: the regulation hasn't caught up with the technology.

There are pretty clear guidelines about what you can throw on an ad during a children's TV show. But the Internet is a different beast and even after all these years, it seems like regulators are still playing catch up.