Youth Unemployment Is Down, But So Is Labor Force Participation 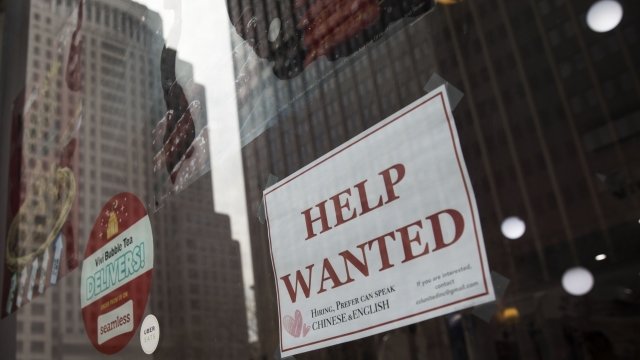 SMS
Youth Unemployment Is Down, But So Is Labor Force Participation
By Jake Jones
By Jake Jones
August 18, 2018
About 60 percent of people ages 16-24 were either working or looking for work in July of this year.
SHOW TRANSCRIPT

The youth unemployment rate is at a 52-year low. But the number of young people looking for jobs in the first place is also low.

As of July, only 9.2 percent of people ages 16-24 were unable to find work, according to the Bureau of Labor Statistics. But the number of young people participating in the labor force — meaning they were either working or looking for work — was also low, at about 60 percent. That's compared to a little over 77 percent at the peak in 1989.

That participation rate declined for a couple of decades until 2010, and it's been pretty steady since then. Several outlets have suggested that could be because more young people are looking to prepare themselves for college with unpaid internships, camps or classes rather than finding a job.