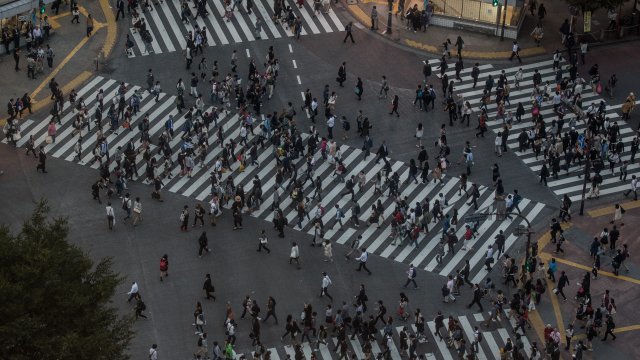 The suicide rate among young people in Japan has risen to a 30-year high.

A survey from Japan's Ministry of Education found 250 elementary and high school-age children died by suicide between 2016 and 2017. That's an increase of five compared to the previous year.

Ministry officials say the cause of that increase is unknown but alarming, according to CNN.

A 2015 report from the Japanese government found suicide rates spiked on Sept. 1 each year, the typical start of a new school year in Japan.

One official urged families to teach their children how to get help sooner than later, saying, "It becomes harder and harder to find help once they're already suffering."

Suicide has become an alarming issue across Asia, not just in Japan, and not just among young people.

CNN points out more people take their own lives in South Korea than Japan, and in Hong Kong, suicide is one of the leading causes of death.