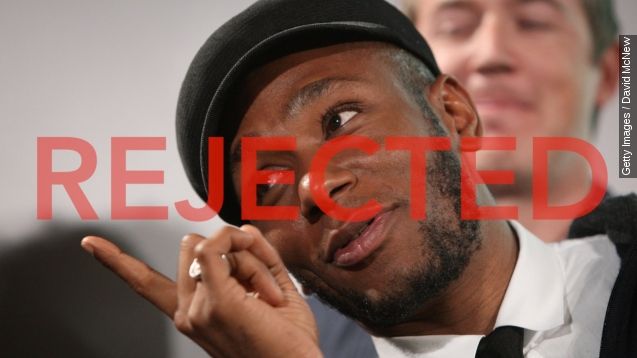 Celebrities: They get held up at airports, just like us!

It's documentation issued by the World Service Authority, which promotes the World Government of World Citizens. (There's a drinking game idea in here somewhere.)

The World Government of World Citizens is "the political representation of the sovereign citizen of the world dynamically, intrinsically allied with sovereign humanity." It exists to "provide a global political service institution for the installation and maintenance of world peace."

It was created by this guy, Garry Davis. He was an American World War II bomber pilot who renounced his U.S. citizenship in the late '40s. He died in 2013.

The World Passport is a 30-page document "based on the inalienable right of all humans to travel freely on their own planet."

So, is it legit? World Citizens might say yes, but individual nations and law enforcement officials might disagree — as Yasiin Bey found out this week. It's been accepted on a case-by-case basis, but the U.S., for example, has been known to reject the document. (Video via Beats Electronics)

South Africa's Department of Home Affairs spokesman tweeted that Bey had been living in South Africa with his family. He says Bey's case is currently before the courts and he has two weeks to leave the country.

The spokesman tweeted Friday that there are no hard feelings between him and Bey — just that laws are laws.