Your Spouse's Personality May Influence Your Earnings 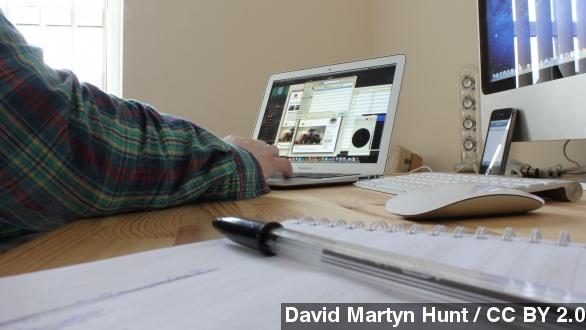 SMS
Your Spouse's Personality May Influence Your Earnings

Want to get ahead at work? Well, an awesome spouse might just help you do that.

A study by Washington University found that workers with conscientious spouses moved up more in their career than those who do not. And researchers have some theories why this may be the case.

First, a conscientious spouse is likely to promote healthy outsourcing by assigning their husband or wife chores around the house. That kind of outsourcing may be copied by the employee in the workplace.

And researchers say employees might copy some of their spouse's other good habits as well like diligence and reliability.

Finally, having a smooth and organized home life, makes a worker less stressed and more likely to be productive in the office.

To reach these conclusions, researchers studied nearly 5,000 married workers and their spouses.

Researcher Joshua Jackson said, "This is another example where personality traits are found to predict broad outcomes like health status or occupational success."

We have seen how a well functioning marriage can have positive implications in other areas of life before.

A recent study published in Journal of Marriage and Family found that the saying "Happy wife, happy life" is pretty true.

That study looked at around 18,000 individuals and found men who's wives were content had more pleasant overall lives.

Researchers noted women who are happy tended to do things that made their husbands happy like provide emotional support and take care of the home. While when men were happy and women were not, the opposite was not true.