Your Resume Font Could Hurt Your Job Search 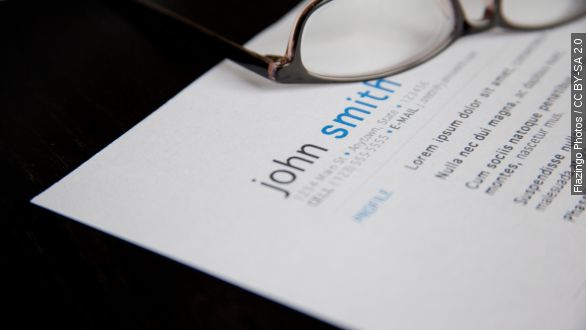 SMS
Your Resume Font Could Hurt Your Job Search
By Ryan Biek
By Ryan Biek
April 29, 2015
Bloomberg created buzz when it asked experts for the best and worst fonts to use in your resume.
SHOW TRANSCRIPT

It shows your experience, education –– and every reason why you should get the job. But what if your resume is really showing you're lazy?

Bloomberg asked three typography experts which font is best for your resume. And the answer?

Helvetica. Brian Hoff, one of the three experts, told Bloomberg, "Helvetica is so no-fuss, it doesn't really lean in one direction or another. It feels professional, lighthearted, honest."

But what about the standard — Times New Roman?

As Hoff put it: "It's telegraphing that you didn't put any thought into the typeface that you selected. It's like putting on sweatpants."

Now, before you rush to your last job interviewer with a new, Helvetica resume still warm from the printer, keep in mind the limitations of Bloomberg's article. For one, only three "experts" were questioned.

And their expertise is in font design, not psychology, so perhaps we should approach what they say with some skepticism.

An often-cited study by Wichita State researchers asked over 500 people to characterize the personalities associated with fonts. Although Helvetica was not included in the study, Times New Roman was said to represent more positive traits.

So it's a mixed bag on Helvetica and Times New Roman. Personally, I'm a fan of Comic Sans.