Your Plane Is Crashing; What Do You Do? There's An App For That 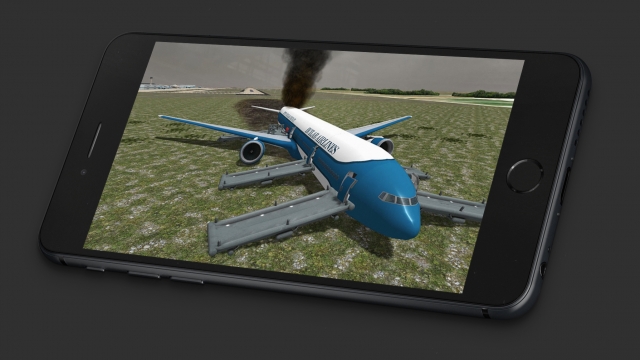 You know that part of the flight most people don't pay attention to, when the flight attendants are waving their arms?

Well — and this might come as a shock, so bear with us — that part is pretty important. Those strange hand movements and weird demonstrations are meant to teach you what to do in case of emergency. Who knew?

Lucky for us, there's now an app for that. The Human-Computer Interaction Laboratory at Italy's University of Udine has created a smartphone app called "Prepare for Impact" that simulates aircraft emergencies in first-person.

This would normally be where we bemoan society's insistence on breaking the human connection and gluing their eyes to their devices, but we're not going to.

That's because a first-person simulation might actually be more helpful for emergency preparedness. The university's research suggests a simulation is far more effective than passive education, like those faded and wrinkled airplane safety cards.

Which makes sense. Last time you looked around an airplane, how many people were actually watching the safety demonstration? Well, other than the people who are scared of flying.

"Prepare for Impact" simulates several different real-world scenarios, including a crash landing, a water landing and a ground collision. It also simulates complications that might arise in any of the scenarios, like fire, smoke or flooding.

The free app is available for both iOS and Android. I tested it out, and, well, let's just say I'd be very bad at surviving an airplane emergency.

This video includes a clip from Amsterdam Airport Schiphol.