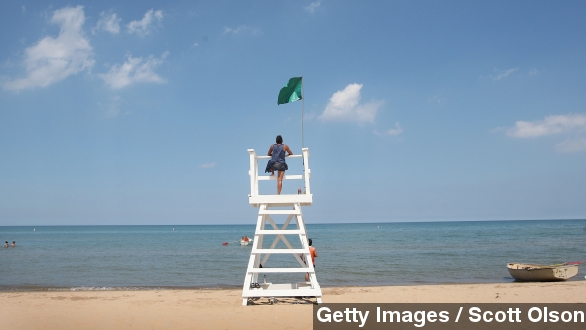 By Lauren Zima
October 20, 2014
A new study says the season you're born in can determine your temperament — and one season has a surprising outcome.
SHOW TRANSCRIPT

According to a new study, temperatures affect temperament: The season you're born in can determine what kind of general mood you have. But you might be a little surprised by which season indicates which mood.

We think summer lovin' ... well, that's only sort of true, according to this. The study says people born in spring and summer do tend to be more positive but that people born in summer are much moodier than others, often swinging "between cheerful and sad." (Video via Paramount Pictures / "Grease")

And those born in the icy cold of winter are actually more even-tempered folks, the research shows.

The study comes from researchers in Hungary and was just presented in Berlin.

It looked at 400 people, matching their general moods with when they were born. The researchers say they found seasons influence certain neurotransmitters, the chemicals that transmit signals between the neurons in your brain. The ones they influence — dopamine and serotonin — control your mood.

Now, the scientists still need to look into how exactly this effect happens.

"We can't yet say anything about the mechanisms involved. What we are now looking at is to see if there are genetic markers which are related to season of birth and mood disorder."

But they say this could provide a more scientific explanation for something that's long been a bit of folklore.

Ever check your horoscope, for example? What's your sign?

And of course, we've long known seasons can affect our current moods — if you have seasonal affective disorder, you likely get depressed in fall and winter.

But what's new about this study is it's claiming when you're born can affect your mood for the rest of your life. Future parents, something to think about.