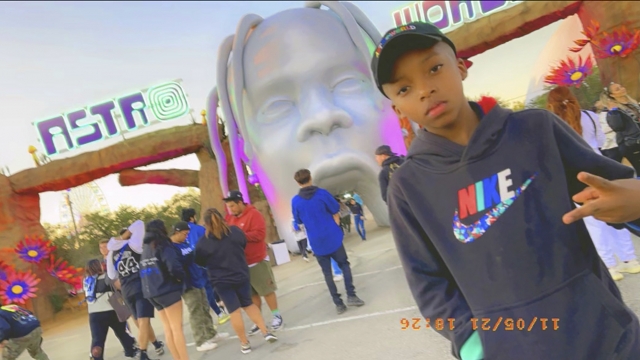 The youngest victim of the Astroworld music festival tragedy has been laid to rest. A funeral for 9-year-old Ezra Blount was held in Dallas Tuesday.

Treston Blount, Ezra's father, described what happened Nov. 5 in a post on a GoFundMe page that he set up to help defray Ezra's medical expenses.

He said Ezra was sitting on his shoulders when a crowd surge crushed them. The father lost consciousness and when he came to, Ezra was missing. A frantic search ensued until Ezra was eventually found at the hospital, severely injured.

Ezra incurred severe damage to his brain, kidney, and liver after being "kicked, stepped on, and trampled, and nearly crushed to death," according to a lawsuit his family has filed against Scott and the event's organizer, Live Nation.

The Blount family is seeking at least $1 million in damages.