Not A Fan Of D.C. Drama? Meet 'America's Cabinet' 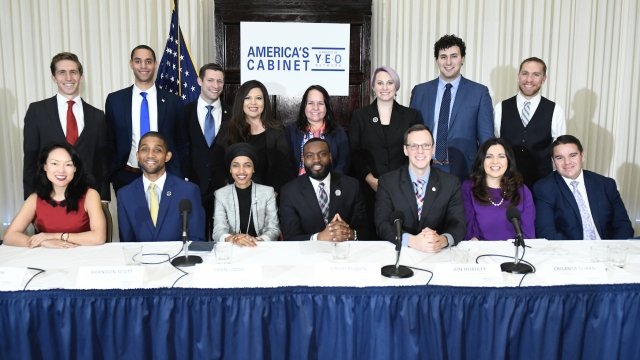 Brandon Scott has been a member of the Baltimore City Council since 2011, when he was 27. Oh, and he serves as the secretary of housing and urban development.

I know what you're thinking. Wait a second! Isn't the HUD secretary Ben Carson, former neurosurgeon and presidential candidate? Well, you're right. This isn't some huge shake-up in the Trump administration. Scott is the HUD secretary of "America's Cabinet."

The new organization is the brainchild of the Young Elected Officials network. It is 19 young elected officials from 13 states who in addition to their day jobs, hold titles like secretary of homeland security or attorney general.

Basically, they want to serve as a counterbalance to the current Cabinet by focusing on positive policies rather than the everyday D.C. drama. Or in Scott's words:

"To show the rest of the country there is a better way. All that we're hearing from the Democrats or anyone who don't like the president, even from people inside of his own party is what's so wrong. But no one is saying what policies we should be doing," Scott told Newsy recently. 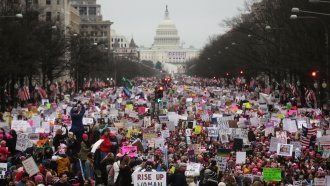 They currently have ten "bold ideas:" fixes they say the country needs to undertake to move forward. But the twist is the list is informed by their current experiences on the local level, taking those ideas and applying them to national concerns.

"Every day, elected officials, city councilpeople, mayors, state representatives, they are the people Americans contact when issues hit the fan. So we should be the ones to counteract with ideas on how to improve our country. When you're touching people every day, you know what they want and what they need," Scott said.

The entire cabinet is definitely left of center ideologically and its 10 ideas seem to be, too. But the group says it wants to concentrate on the policies and not which party is behind them.

"For me, if it was a Democrat doing the same thing, I'd be saying the same thing. It's not about the party behind the name. It's about the issues. I think that folks in this moment in our country right now have to get outside of that box and start to think about how things are impacting them and not how a party or a certain person is impacting them," Scott said.

When you look at the cabinet, you'll realize all its members have at least one thing in common: they're all young. Scott says that part was vital to make sure the proposals were fresh and new.

And part of cleaning up that mess is using this group's reach to remind citizens how powerful they can be, that holding government officials accountable is part of their arsenal.

"That will also help them hold all of their elected officials accountable. A lot of times in America, local and state officials are held accountable for things that are actually the responsibility of the federal government," Scott said.