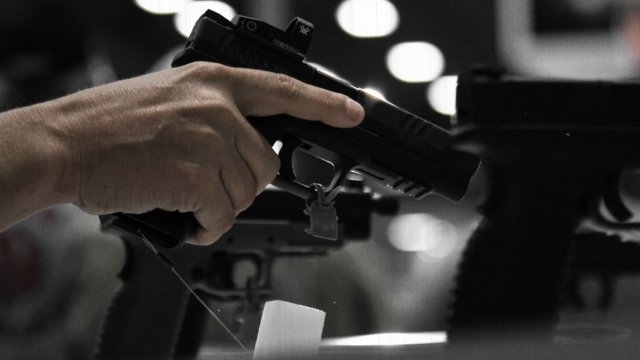 American gun culture has been reshaped around self-defense, and young gun owners are all in.

THE BIG FINDING: New data collected for this report by a Newsy/Ipsos survey shows 43% of gun owners ages 18-34 report carrying a gun on them at least once a month. That's far more than the 23% of older American gun owners who carry once a month. Our original survey also found young Americans are just as likely to own guns as older generations (28% for both).

This comes after years of quiet transformation in American gun culture now focused on self-defense and concealed carry. Some key statistics:

- In 2007, only two states had no restrictions around concealed carry. In 2018, 14 states have dropped those restrictions.

For this report, we spoke with Warrior Poet Society, one of the fastest-growing gun-focused online video channels, about what viewers are looking for, why people carry guns, and the philosophy of self defense. https://t.co/fImn7ZdEXj pic.twitter.com/pU4cdLNliI

In this report, we speak with economist and Stanford professor John Donohue about the impact of more guns in more public spaces on violent crime rates. You can find his full June 2017 study on that subject here.