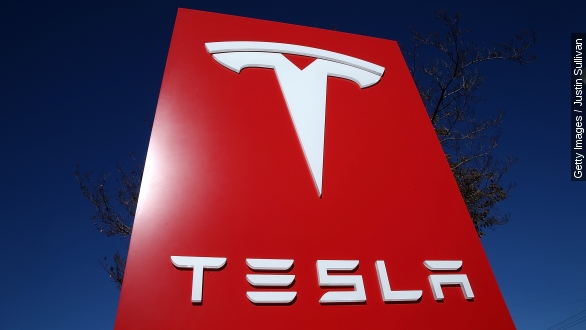 Musk tweeted a major new Tesla product line will be unveiled April 30 — and it's not a car.

The general consensus from the media is that it's probably a battery for your home.

It's not exactly as sexy as some of Tesla's other products, such as a car that can go from 0 to 60 in three seconds, but it could be a big deal nonetheless.

The idea of a home battery stems from an earnings call last month where Musk said: "We're going to unveil the Tesla home battery … fairly soon. We have the design done and it should start going into production probably (in) about six months or so."

The battery would likely be marketed as a backup energy source in case of a power outage and as a way to potentially store energy from solar panels. It also wouldn't be too surprising if they could be used to charge Tesla's electric cars.

Tesla's stock was down earlier in the day Monday, but its price rose by as much 3 percent after Musk's tweet.

This sort of thing has happened before. His tweet about "ending range anxiety" earlier this month and his tweet from January touting improved acceleration for the Tesla P85D both resulted in modest stock boosts.

Musk claims a rise in stock as a result of his Twitter activity is unintentional, saying, "A brief rise ... obviously does no good for Tesla or me."

Regardless of his intentions, investors seem to be taking Musk's Twitter feed pretty seriously.