You Want To Be Speaker Of The House? Here's How 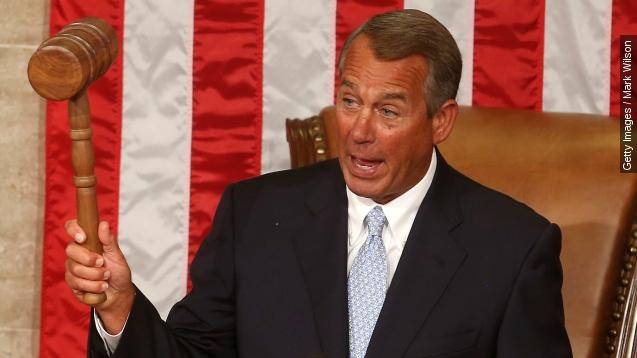 You want to be speaker of the House? Here’s how.

We should get one thing out of the way first. You don’t actually have to be a member of the House to be speaker of the House, although they always have been. Really, you don’t even have to be a lawmaker. (Video via the White House)

The U.S. Constitution doesn't provide much guidance on the subject, except to say the House "shall choose their speaker."

Not the entire House — but a majority of members present.

Assuming all 435 House members show up to vote, you’d have to get 218 of them to vote for you.

So if you’re a Republican running to replace John Boehner  — and assuming no Democrats vote for you — you’re going to need 218 of the 247 House Republicans to vote yes. That’s a pretty high bar. All it takes is a small, but vocal minority of 30 Republicans to keep the party from deciding on a new leader.

That’s not unheard of, but it hasn’t happened since 1923 when it took the House nine ballots to elect Frederick Gillett.

This video includes images from the U.S. National Archives and the U.S. Library of Congress.