You've Got At Least 30 Species Of Bug At Home 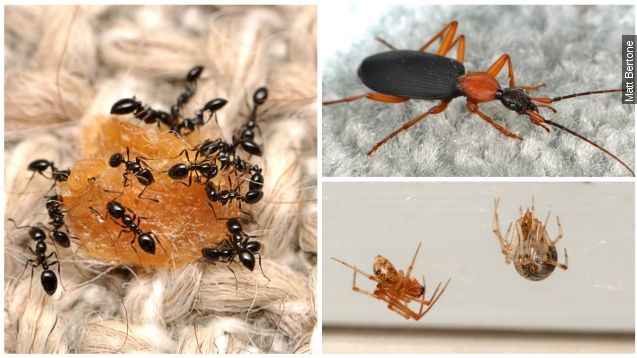 A team of researchers has been scouring American homes to learn more about the bugs we live with. Turns out, we're never home alone.

There are a few dozen species of bug living in your house. That's the finding of a new, first-of-its-kind study on the six-or-more-legged creatures that share our homes.

I know, on some level, we all like to pretend we can escape the creepy crawlies of the world by heading indoors. But scientists are determined to shatter that fantasy.

So members of a project called "Arthropods of Our Homes" have spent the last few years searching houses room by room and collecting every bug they can find.

"The most exciting thing, to me, is just that we are all living with a ton of bugs in our homes, so that's fun. I know that people don't love to hear that," study author Michelle Trautwein told Untamed Science.

Yeah, people don't love to hear that, but let's try to get through this. What bugs did they find, and how widespread are they?

In any given house, you can obviously expect to find house flies. It's also a safe bet that you'll find dust mites, as well as some species of ant, some species of beetle and spiders, like the common cobweb spider.

The researchers also found you're pretty much guaranteed to have gnats or midges. You're also going to have book lice.

In fact, according to the study, you can expect to find at least 30 different species of bug per house, and the average is around 100.

It may console you to know the houses sampled for this first study were all in North Carolina, but if you live elsewhere, don't kid yourself. You've still got bugs. (Video via WRAL)