You Might Get To See 'The Interview' After All 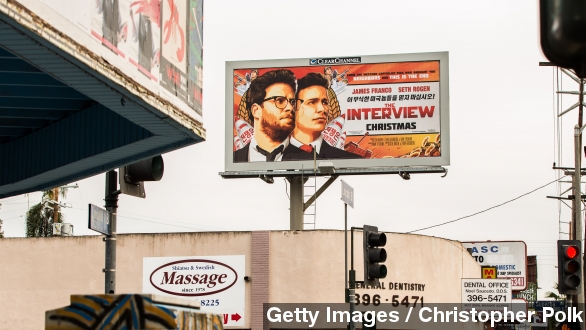 Chances of getting to see Sony's "The Interview" were beginning to look pretty grim, but it turns out you might get to see the comedy this year after all.

That came first from a tweet from Alamo Drafthouse founder Tim League: "Breaking news:  Sony has authorized screenings of THE INTERVIEW on Christmas Day.  We are making shows available within the hour. #Victory"

And Seth Rogen and James Franco themselves have now chimed in with these celebratory tweets.

This is after President Obama called Sony's previous decision to cancel the movie's Christmas Day release "a mistake."

"They," of course, is the North Korean government, which the FBI officially blamed for a massive cyberattack on Sony that resulted in a series of embarrassing leaks.

To that, though, Sony CEO Michael Lynton said the company had simply followed the theaters that chose not to screen the movie. "We have not caved. We have not given in," he told CNN's Fareed Zakaria.

According to The Dallas Morning News, Sony is also exploring a video-on-demand option as well as the possibility of making the movie available on a streaming service.

Previously, the group that claimed responsibility for the Sony hack had threatened attacks on theaters that showed the film and to release more Sony data if the film were to be released. (Video via WXYZ)

They have yet to respond to Sony’s plans to show the film.