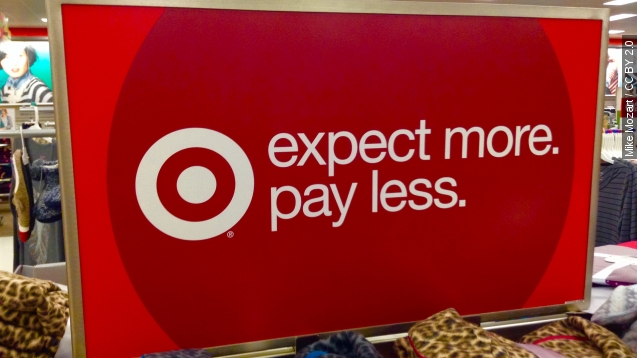 SMS
You Might Be Able To Drink And Shop At This Chicago Target
By Christine Slusser
By Christine Slusser
August 31, 2015
A Target store in Chicago has applied for two liquor licenses, one of which would allow it to serve alcohol to customers ... like a bar.
SHOW TRANSCRIPT

Now you can expect more and drink more while paying less. Well, if you're in Chicago.

Drinking at Target? It could definitely be a thing soon. But Target isn't really elaborating much beyond that.

The new store, scheduled to open in October near Navy Pier, applied for two liquor licenses. One is to sell packaged liquor. The other is to serve it on-site — you know, bar-style.

"Stay thirsty, my friends," said a character in a promotion for Dos Equis beer.

It'd be the only Target we know that would serve booze.

This Target is also designed to cater to those living in the city, with a smaller store size — just 24,000 square-feet — for a quick in-and-out trip.

But it's not the only store to entice you with imbibing.

A nearby Whole Foods Market also serves booze. Competition, anyone?

And Hy-Vee has been known to set up a margarita stand and offer alcohol tastings to customers.

Chicago will also be home to the nation's first Taco Bell that serves alcohol.

Moral of the story: People in Chicago like to drink. Oh. That's not the point?