You Likely Won't Be Getting Cheaper Airfare, Despite Earnings Boom 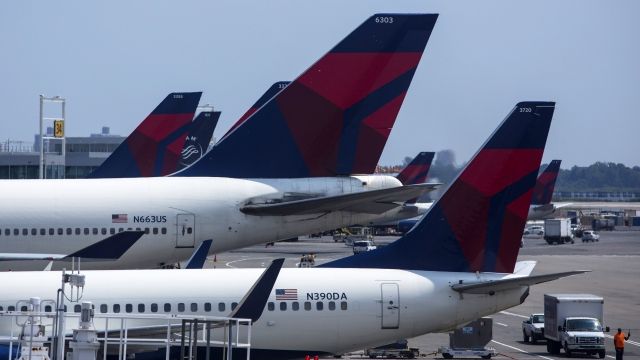 SMS
You Likely Won't Be Getting Cheaper Airfare, Despite Earnings Boom
By Bell Johnson
By Bell Johnson
January 24, 2016
Airlines reported record earnings for 2015, but travelers shouldn't expect to see lower airfare. Instead, companies are investing in newer planes.
SHOW TRANSCRIPT

Plunging oil prices saved airlines billions of dollars on fuel in 2015 and are expected to save them even more this year. But that doesn't mean flight prices will go down.

Airlines are using the surplus to invest in new planes instead of lowering airfare with the first price hike averaging around an extra $4. Meanwhile, low-cost airlines are taking the cheaper fuel prices and adding more routes. (Video via Frontier Airlines)

But one industry expert told NPR the fact that airlines had a good year and aren't lowering prices is a good thing, especially after the billions in debt the companies compiled during the recession.

"In this industry, given its history of boom and bust, if you have one very good year, you really need to take advantage of it and get your house in order," said John Heimlich, chief economist with the trade group Airlines for America. (Video via Delta)