You Don't Have To Be Alcohol Dependent To Need Treatment 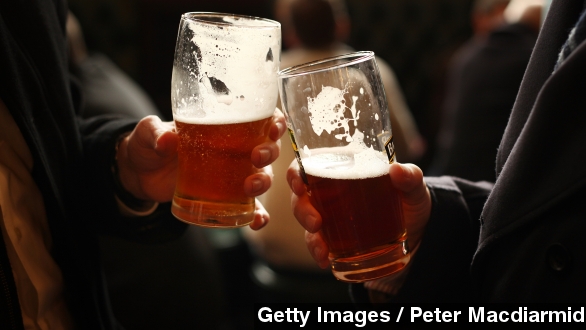 SMS
You Don't Have To Be Alcohol Dependent To Need Treatment
By Madison Burke
By Madison Burke
November 21, 2014
A study by the Centers for Disease Control and Prevention found 9 out of 10 excessive drinkers in the country are not alcohol dependent.
SHOW TRANSCRIPT

A new study by the Centers for Disease Control and Prevention says most of the country’s excessive drinkers are not alcoholics.

It found nine out of 10 Americans who drink large amounts per setting do not meet the criteria for alcohol dependence.

This study challenges a common myth that the only people who need treatment for drinking are alcoholics.

The CDC says excessive drinking is responsible for 88,000 deaths annually, but only a fraction of those came from alcohol dependence.

These deaths were from health complications that resulted from years of overconsumption of alcohol.

Study author Bob Brewer said, "We need to look at this problem with a wider-angle lens and consider not just treatment for those who need it."

The National Institute on Alcohol Abuse and Alcoholism defines "binge drinking" as drinking enough to get your BAC above 0.08 — about five drinks for men or four drinks for women in two hours.

Researchers found binge drinking to be be highest in young men — with most coming from households with an annual income of $75,000 or greater.

Yet alcoholism was most common in households with an annual income less than $25,000.

Researchers encouraged people who are alcohol dependent to seek specialized treatment. And those who are not dependent, but drink excessively to consider counseling.

Among the recommendations to lower excessive drinking, researchers suggested stiffer penalties for stores that sell to intoxicated customers and higher taxes on alcohol.