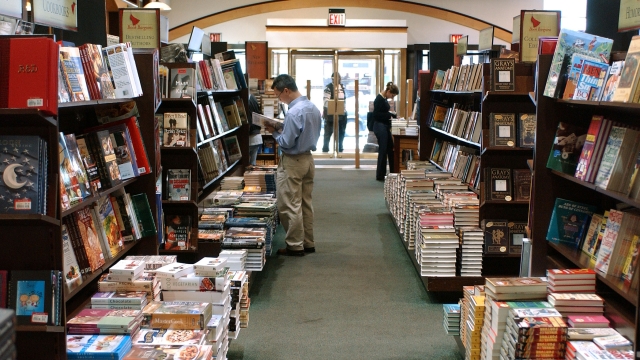 The bookseller is putting bars and restaurants in a few of its new stores.

Barnes & Noble is merging books and booze to save its failing book business.

The bookseller is opening four concept stores around the U.S. that will feature full restaurants that sell beer and wine.

Barnes & Noble already has Starbucks cafes in most of its bookstores, but these new restaurants will feature breakfast, lunch and dinner menus, and a server will even take your order.

The head of the project said it was about creating "a better bookstore" that drives traffic to the store and keeps people there longer.

The company has faced slumping sales recently thanks to people turning to online retailers, like Amazon, to buy books. Its sales fell .8 percent last quarter.

And things aren't going so hot for the company's Nook devices and e-book business. Nook's market share is at 9 percent after it held 27 percent in 2011.

So can booze turn things around for Barnes & Noble? Only time — and possibly tipsy book fans — will tell.

This video includes clips from Starbucks, Amazon and Barnes & Noble, and images from Getty Images.