You Can Get Addicted To Google Glass, Apparently 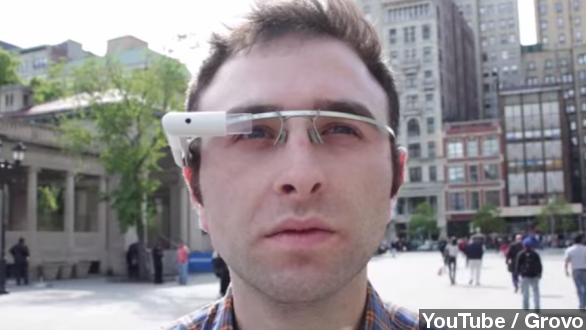 We’ve all heard of alcohol, gambling, and drugs, among other things causing addictions — but here’s a slightly more high-tech version.

How about an addiction to Google Glass?

Yes, if new reports are to be believed, addiction to Google’s face-mounted tech could — in fact — be a thing.

The evidence comes from the journal Addictive Behaviors, in which researchers claim they’ve diagnosed the first example of the disorder in a 31-year-old U.S. Navy Servicemen.

And the symptoms sound a little bit worse than Mashable’s diagnosis of a quote “glasshole.”

“Abuse of Glass may cause unwanted side effects. In extreme cases, social ineptitude and general douchiness.”

Or, whatever this guy is doing. (Video via YouTube / Grovo)

According to Newsweek, the man, who was actually checked into the U.S. Navy’s Substance Abuse Program for alcohol addiction in September of 2013, went through withdrawal symptoms from his Google Glass which was confiscated along with the alcohol.

As the Guardian writes, the man “complained of feeling irritable and argumentative without the device. In the two months since he bought the device, he had also begun experiencing his dreams as if viewed through the device’s small grey window.”

On top of that the study reports the patient also suffered “involuntary movements to the temple area and short-term memory problems.”

Granted he was reportedly wearing the device around 18 hours a day — and only removing it to sleep and bathe. (Video via Google)

But that doesn’t necessarily discount the plausibility of Glass addiction as a real thing.

As a writer for New York Magazine notes, some of the man’s symptoms were similar to those of a condition called “game transfer phenomena.” Where images and sounds from video games “start to seep into the real world and/or your dreams after you turn the game off.”

OK. Probably not on a ‘Scott Pilgrim vs. The World’ level, but io9 points out the condition may also fall into the debatable, but much talked about category of “internet addiction disorders,” which is reportedly marked by “severe emotional, social, and mental dysfunction in a number of areas of daily activities owing to their overuse of technology and the internet.”

The man reportedly felt less irritable following the addiction program, though still felt the a “strong desire” to use Glass.