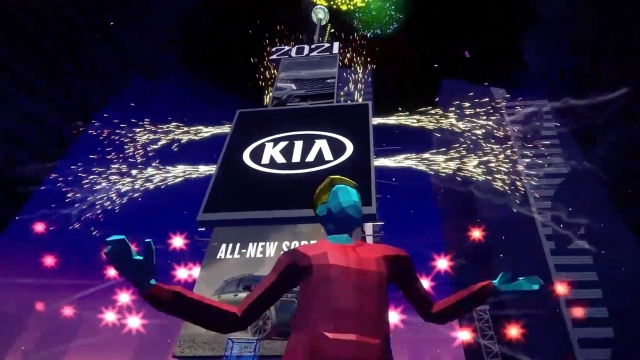 If there's one thing to celebrate, it's the end of 2020. But during a time of social distancing, how do you ring in the new year safely? Especially when past celebrations looked like this …

For the first time in its 113-year history, Times Square's infamously crowded New Year's Eve celebration will be closed off to the general public.

There will be a live broadcast with the ball drop and celebrity performances. But for folks who want to recreate the experience of being there in person, there's also now an official virtual Times Square ready to explore.

Justis Kao, chief communications officer at Loop: "You'll see other people running around. You can wave to them. There's a lot of sponsors involved, so there's a lot of digital billboards, built-in teleportation into the different lounges. … We were fortunate enough to be able to partner with a great company, Ultimate Gamer and Jamestown Productions — which puts on, traditionally, the ball drop — and be part of the first virtual experience."

Alongside the virtual platform, Times Square's New Years Eve celebration will be headlined by R&B musician Andra Day. Other performers include Jennifer Lopez, Billy Porter, Cyndi Lauper and Gloria Gaynor — who, of course, will be singing a very relevant rendition of one of her most popular anthems.

Kao: "It really gave us the opportunity to look and see how we could just enhance the experience and make it fun while everyone's still at home right now."