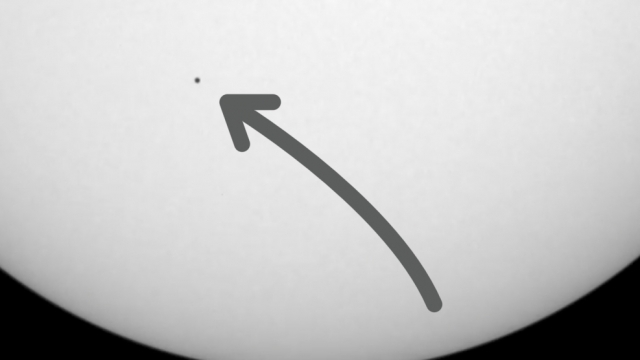 We see Mercury pass across the sun only about once every 10 years. It happens again May 9.

Mercury will be in the daytime sky next week as it crosses the face of the sun.

The planets only line up like this a little more than once a decade. Mercury will be visible from almost everywhere on Earth — except Australia, bits of Oceania and Antarctica.

"It will take about 7 1/2 hours for the tiny planet's disc to cross the sun completely. Since Mercury is so tiny, it will appear as a very small, round speck, whether it's seen through a telescope or projected through a solar filter," said NASA's Jane Houston Jones.

This always bears repeating: Do not look directly at the sun without protection. Besides, Mercury is so small, you'll need a telescope with a solar filter to see it.

Astronomy groups all over the world are planning viewing parties, and NASA will stream coverage of the transit on NASA TV and on its Facebook page.

And it will have the best seat in the house: Three NASA satellites will gather data on the transit.

This video includes clips and images from NASA. Music: "Burner" by Birocratic (http://birocratic.bandcamp.com).