Yet Another Study Confirms That Spanking Is Bad For Your Kids 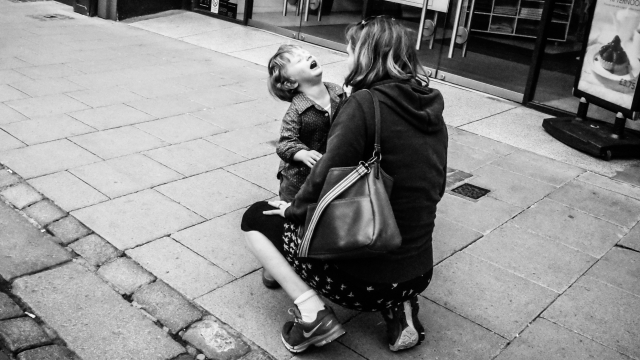 SMS
Yet Another Study Confirms That Spanking Is Bad For Your Kids
By Grant Suneson
By Grant Suneson
April 27, 2016
Researchers looked at 50 years of data and determined spanking kids doesn't make them behave but actually makes them more likely to misbehave.
SHOW TRANSCRIPT

When parents spank their kids, they’ll often tell them, "This hurts me more than it hurts you." But a new study shows that’s actually not true.

A University of Texas at Austin and University of Michigan study has confirmed what child psychologists have been saying for years: Spanking is bad for kids.

Researchers looked at 50 years of data from 75 different studies involving more than 160,000 children and determined that spanking children actually makes them more likely to act up again.

Those kids also tend to struggle with anti-social behavior, mental health issues and determining right from wrong later in life. Study author Elizabeth Gershoff said those effects were similar to those in children who suffered physical abuse.

The study only focused on open-hand spanking and ignored more serious forms of corporal punishment and abuse. But the effects on children from each were pretty much the same.

"We as a society think of spanking and physical abuse as distinct behaviors. Yet our research shows that spanking is linked with the same negative child outcomes as abuse, just to a slightly lesser degree," Gershoff said.

That’s especially worrying when you consider nearly half of American parents admitted to spanking their kids in 2015. According to UNICEF, that number is virtually the same worldwide.

Experts say a better strategy is to put kids in time-out so both the child and the parents have a chance to calm down.

This video includes images from Lubomir Simek / CC BY 2.0, erizof / CC by SA 2.0, the White House and Getty Images.