California Has New Water Laws, And They've Been Wildly Misinterpreted 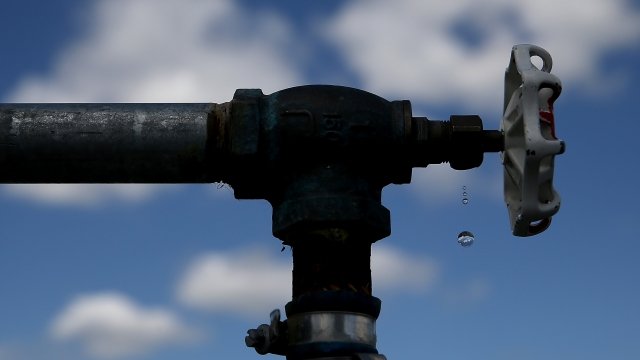 There's a new law in California that restricts water usage in the wake of a massive drought across the state. But some websites took that to the extreme and wildly twisted the truth.

For example, a website called the Federalist Papers Project claimed it was illegal for Californians to shower and do laundry in the same day.

California Gov. Jerry Brown signed a pair of laws at the end of last month that tell cities and water districts to put together water budgets by 2022. If the districts outspend their budgets, they'll have to pony up $1,000 per day or $10,000 per day in water emergencies.

The water budget applies to the water district as a whole, so even if one person uses a lot of water on a given day, someone who uses less would balance out the excess. Some websites said the allowances would be imposed on each individual and that they would pay the hefty fines if they over-used, not the water provider.

So, no, the statement that Californians would be breaking the law if they showered and did a load of laundry in one day is not true.