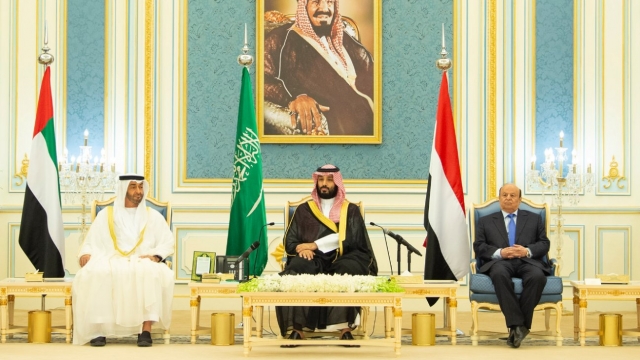 The details of the deal weren't revealed during the ceremony. But the Saudi ambassador to Yemen told reporters the deal calls for the STC to be included in a new government. Its armed forces would come under government control.

The two sides are both part of a coalition that intervened in Yemen in 2015, when Houthi rebels removed President Hadi's government from the capital of Sanaa.

But their relationship turned sour earlier this year when the United Arab Emirates-backed separatists seized Aden — the temporary capital — from forces loyal to Hadi, who's backed by Saudi Arabia.

On Tuesday, Saudi Crown Prince Mohammed bin Salman said he hopes the agreement will eventually help end the civil war in Yemen, which has raged on for four years.