Yemen's Houthi Rebels: What Do They Want? 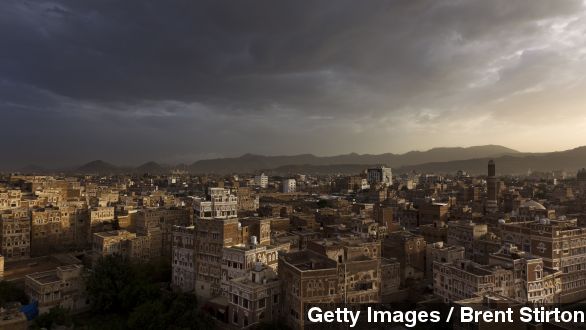 SMS
Yemen's Houthi Rebels: What Do They Want?

By Elizabeth Hagedorn
January 21, 2015
The Shiite rebels who stormed Yemen's presidential palace are known as Houthis. What do they want from the government?
SHOW TRANSCRIPT

Who are the Houthis, and what do they want? (Video via CNN, Al Jazeera)

They're in the minority in Yemen. Most of the country practices Sunni Islam.

The Houthis are named after this man: Hussein Badreddin al-Houthi, who died in 2004. (Video via YouTube / Imam Mahdi)

His followers complain of discrimination from Yemen's Sunni-controlled government. But the government accuses the Houthis of plotting a takeover of the country. (Video via RT)

The conflict gets more complex. Many view the Houthi insurgency as a proxy war between Yemen's neighbors. Sunni Saudi Arabia accuses Shiite Iran of training and funding the Houthis. In September, the Houthis took over the capital city of Sanaa ...

Soon after, the rebel leader, Abdel-Malek al-Houthi, went on TV with a list of demands. Basically, he wants Yemen to give the Houthis a greater voice in the government. (Video via BBC)

The standoff appears to be over. On Wednesday, the president agreed to amend the constitution to grant the Houthis more political power. (Video via Al Jazeera)