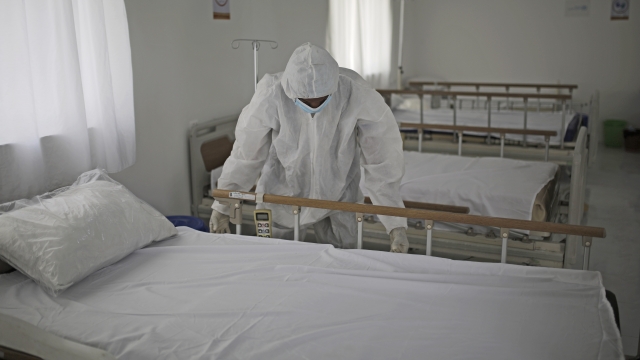 SMS
Yemen Reports First Case Of Coronavirus
By Adam Elrashidi
By Adam Elrashidi
April 10, 2020
The report comes just one day after the start of a two-week cease-fire between the Saudi-led military coalition and Yemen's Houthi movement.
SHOW TRANSCRIPT

Yemen confirmed its first case of coronavirus on Friday. The report comes just one day after the start of a two-week cease-fire between the Saudi-led military coalition and Yemen's Houthi movement.

Yemeni health officials said the patient is a worker at a small commercial seaport, which authorities have since closed for deep cleaning. Authorities have ordered other workers there to self-isolate at home for two weeks.

The United Nations has said Yemen is the world's worst humanitarian crisis and that a coronavirus outbreak there would be "catastrophic." Five years of war has devastated Yemen's infrastructure and health care system, resulting in a cholera epidemic and widespread malnutrition.

The Saudi-led coalition declared the cease-fire Wednesday following calls from the U.N. to halt operations amid the pandemic. It also pledged millions of dollars toward U.N. relief efforts to combat the virus. However, the Houthis have said the suspension is a disingenuous effort by the coalition to regain its military positions.