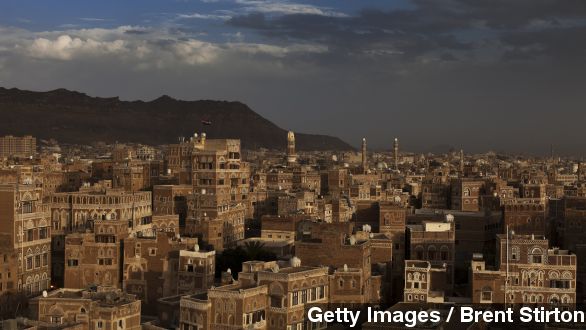 In 1980, the U.S. formally closed the doors to its embassy in Iran. (Video via U.S. National Archives)

Since then, the U.S. continued to lose its diplomatic presence in the Middle East — closing three more embassies due to security concerns.

In 2012, the civil war in Syria had prompted the U.S. to shut down its embassy in Damascus. (Video via Hazzm Movement)

And in 2014, the embassy in Tripoli, Libya, was closed amid fighting between rival militant factions. (Video via Euronews)

And now, the worsening security situation in Yemen has forced the U.S to evacuate its staffers from the embassy in the capital of Sanaa. (Video via France 24)

Not having a functioning embassy can limit the CIA's ability to gather intelligence, which is especially concerning when you consider the terror threats that exist in countries like Syria and Yemen.

Yemen is home base to Al-Qaeda in the Arabian Peninsula, or AQAP — the terrorist group's most dangerous branch. When Yemen's former pro-U.S. government was in power, it allowed the U.S. to target AQAP with drone strikes for years.

Just a few months ago, President Obama was touting Yemen as a model for U.S. counterterrorism efforts: "This strategy of taking out terrorists who threaten us, while supporting partners on the front lines, is one that we have successfully pursued in Yemen and Somalia for years." (Video via The White House)

It isn't immediately clear how the current unrest in Yemen will impact those operations, although officials concede the Shiite Houthi rebels now in charge — whose slogan is "Death To America" — aren't expected to be a willing partner.