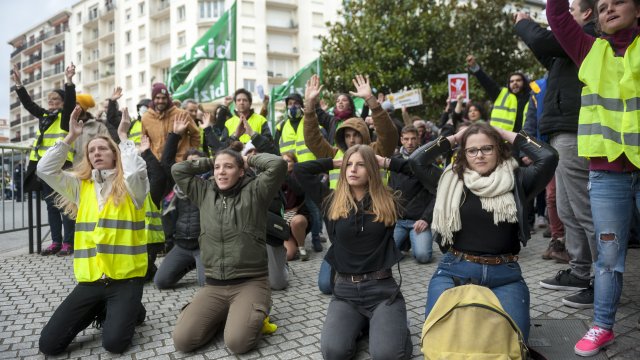 France's Yellow Vest protests continued for the 10th straight week, and violence remained an issue despite attempts by the French government to quell the uprising.

According to Time, 30 demonstrators were arrested at the protest in Paris this weekend, with peaceful marches eventually turning into skirmishes involving tear gas, broken traffic lights and protesters throwing projectiles.

In response to the protests, French President Emmanuel Macron began a three-month debate this month. It aims to give both citizens and government officials an opportunity to voice their opinions on topics relevant to the protests, such as the economy and the state of France's democracy.

On a positive note, the Interior Ministry noted that there were fewer protesters Saturday than had showed up just a week earlier.