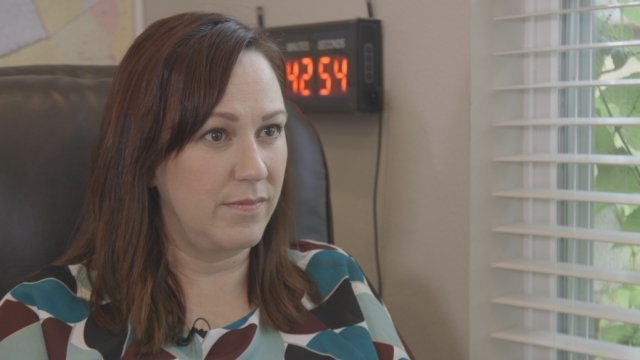 SMS
2018 Midterms Could Be 'Year Of The Woman' For Only One Party
By Bianca Facchinei
By Bianca Facchinei
October 17, 2018
While Democratic women are poised to make gains, we could see less Republican women in Congress after the elections.
SHOW TRANSCRIPT

MJ Hegar doesn't seem like your typical political candidate. From her tattoos to her campaign ads, to her self-described status as an "ass-kicking, motorcycle-riding Texas Democrat."

But her gender? Well, that’s sticking out less and less in what has been dubbed the second coming of 1992's Year of the Woman.

Hegar is a first-time candidate in Texas and is one of the 256 women who will be on ballots across the country. If all of them won, the amount of women in Congress would be near parity with male lawmakers for the first time ever.

"I don't know that my being a woman factored into my decision to run. I am very glad to see multiple women run on both sides of the aisle, but not just because they're women. I think that our elected officials, our representatives, should be more reflective of the demographics of the country," Hegar said.

Hegar is a veteran, like a number of other first-time female candidates from Mikie Sherill to Amy McGrath. Others are teachers, lawyers, and social workers. They may have different motivations, but all are running against the backdrop of President Donald Trump, whose popularity among women sits at just 32 percent, according to a YouGov poll. Between his comments on the Me Too movement to his alleged mocking of Christine Blasey Ford, some people think this election could be a referendum on Trump's treatment of women. But Hegar isn't sure about that.

"I was a helicopter pilot. I did three tours in Afghanistan. I was an aircraft maintenance offer before that—there's very few women in that field, too—so it's not anything new to me and I never really consider myself a female maintenance officer or a female pilot or a female candidate. I'm just a candidate and if some people want to see me as a female candidate than that’s kind of up to them and I'm just going to put my head down and get back to work," Hegar said. 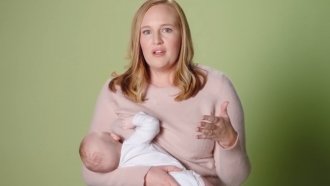 Women Candidates May Be Embracing Womanhood, Motherhood In Midterms

"The challenge that we face as conservative women or Republican women…it's almost as if we don't count as women," said Liz Matory.

“The Republican Party does like to pick women for its tough fights which is an immense compliment to women but it also does mean that if you're having a tough election year, you can end up with that result—fewer women afterwards—even though it's the 'Year of the Woman,'" said Liz Mair, president of Mair Strategies and former online communications director for the Republican National Committee.

Recruiting women to run on the Republican ticket is an effort that's been spearheaded by U.S. Rep. Elise Stefanik, who was the youngest woman ever elected to Congress. And last year, GOP donors launched Winning for Women—a group meant to counter EMILY's List, which helps Democratic women who support abortion rights.

"Without having more women and not having conservative women to add to that viewpoint, obviously we're missing out," Matory said.

But if Democrats take the House back, which many experts say is likely, it would make this the year of the Democratic women only.