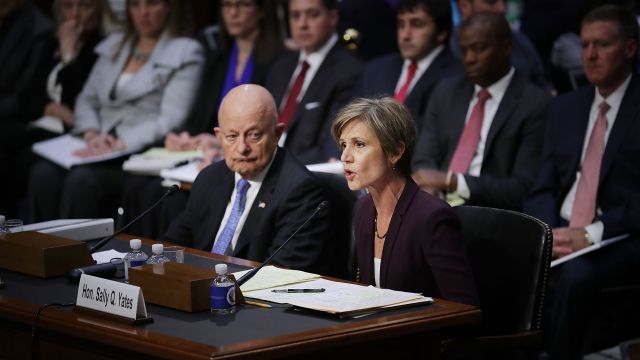 "The first thing we did was to explain to Mr. McGahn that the underlying conduct that Gen. Flynn has engaged in was problematic in and of itself," Yates said. 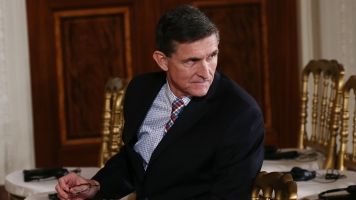 Michael Flynn Is Under Investigation Over Foreign Payment Accusations

White House press secretary Sean Spicer acknowledged that Obama "made it known" that he wasn't "a fan" of Flynn's but put the burden back on the Obama administration.

"If President Obama was truly concerned about Gen. Flynn, why didn't he suspend Gen. Flynn's security clearance, which they had just reapproved months earlier?" Spicer said to reporters.

"I voted for your confirmation because I believed that you had a distinguished career. But I have to tell you that I find it enormously disappointing that you somehow vetoed the decision of the Office of Legal Counsel with regard to the lawfulness of the president's order and decided instead that you would countermand the executive order of the president of the United States because you happened to disagree with it as a policy matter," Republican Sen. John Cornyn of Texas said.

Yates replied: "Let me make one thing clear: It was not purely as a policy matter. In fact, I remember my confirmation hearing: In an exchange that I had with you and other of your colleagues where you specifically asked me in that hearing that if the president asked me to do something that was unlawful or unconstitutional, and one of your colleagues said or even just that would reflect poorly on the Department of Justice, would I say no? And I looked at this. I made a determination that I believed that it was unlawful. I also thought that it was inconsistent with the principles of the Department of Justice, and I said no. And that's what I promised you I would do, and that's what I did."