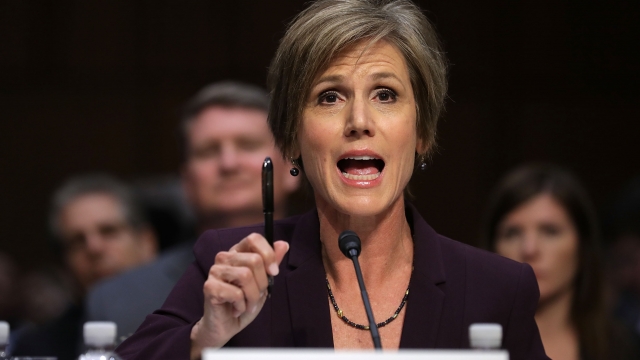 By Lauren Stephenson
May 8, 2017
Former acting Attorney General Sally Yates defended the decision while testifying about Russian interference in the 2016 election.
SHOW TRANSCRIPT

"I looked at this EO. I looked at the law. I talked with the folks at the Department of Justice, gathered them all to get their views and their input. And I did my job," Yates said.

Yates was testifying before a Senate committee Monday about Russian interference in the 2016 election. But her decision regarding the immigration executive order also became a topic of conversation.

And in the course of her testimony, Yates revealed she learned about the executive order from media reports. 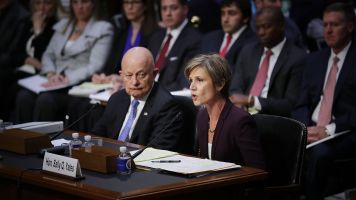 "I find it enormously disappointing that you somehow vetoed the decision of the Office of Legal Counsel with regard to the lawfulness of the president's order and decided instead that you would countermand the executive order of the president of the United States because you happened to disagree with it as a policy matter," Republican Sen. John Cornyn of Texas said.

"Let me make one thing clear: It was not purely as a policy matter. In fact, I remember my confirmation hearing ... I made a determination that I believed that it was unlawful. I also thought that it was inconsistent with the principles of the Department of Justice, and I said no. And that's what I promised you I would do, and that's what I did," Yates replied.

Yates told the senators that while the department's Office of Legal Counsel had determined the order was legal, the office has a "narrow function."

"They importantly don't look outside the face of the document. And in this particular instance, particularly where we were talking about a fundamental issue of religious freedom ... it was appropriate for us to look at the intent behind its actions, and the intent is laid out in his statements," Yates said.