How Black Preschoolers Are Disciplined Says A Lot About Racial Bias 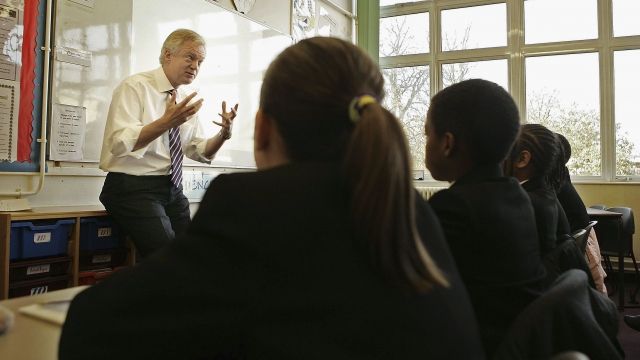 SMS
How Black Preschoolers Are Disciplined Says A Lot About Racial Bias
By Grant Suneson
By Grant Suneson
September 28, 2016
A Yale University study shows preschool teachers can be biased against some students.
SHOW TRANSCRIPT

Racial bias in policing has been a hot-button topic lately, but a Yale study says black people can start facing discrimination as early as preschool.

Teachers watched a short clip of four kids: a black boy, a black girl, a white boy and a white girl. Researchers told them to look for kids acting up, then tracked their eye movements. The educators' eyes went to the black boys for 42 percent of the video.

One of the study's authors said teachers looking for misbehavior in black students "may explain, in part, why those children are more frequently identified as misbehaving, and hence, why there is a racial disparity in discipline."

But when it came to disciplining the students, white teachers were more lenient with black students. Black teachers, though, punished black students more harshly than white students.

Researchers theorized a different kind of bias came into play for discipline. White educators, as the eye test showed, expected black students to act up more, so they may have had a more lenient standard to match with their lower expectations.

As for the black teachers, the study authors' best guess was that the teachers felt "black children require harsh assessment and discipline to prepare them for a harsh world."