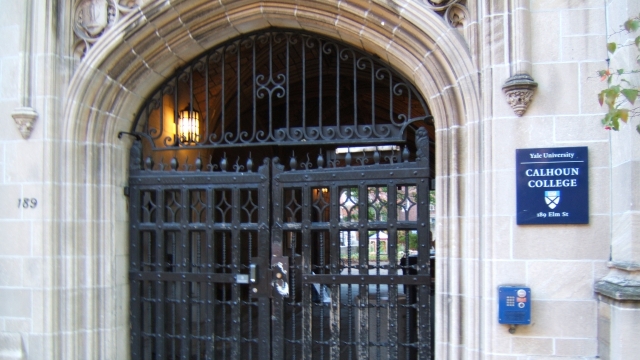 Yale University says it will rename Calhoun College to remove the connection to slavery and white supremacy.

Calhoun College is named after a supporter of slavery. But not for much longer.

Yale University announced it's renaming the residential college. In 1931, it was named after John C. Calhoun, the seventh vice president of the United States, a Yale graduate and a hard-line slavery supporter.

The horror stories from inside this Ghanaian slave castle easily rival the cruelty of the Middle Passage and life on an American plantation.

The college's new name will honor Grace Murray Hopper. The computer scientist got a master's degree and a doctorate from Yale in the 1930s and invented a new computer programming language. She also served as a rear admiral in the U.S. Navy.

Peter Salovey, Yale's president, opposed the change last year but explained, "The decision to change a college's name is not one we take lightly, but John C. Calhoun's legacy as a white supremacist and a national leader who passionately promoted slavery as a 'positive good' fundamentally conflicts with Yale's mission and values."