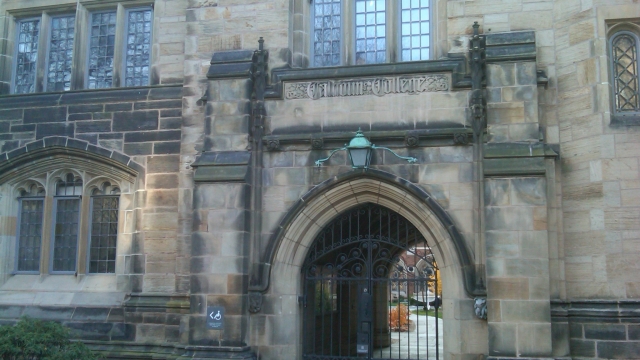 SMS
Yale Employee Destroys Stained-Glass Window Depicting Slavery
By Samantha Crook
By Samantha Crook
July 12, 2016
Corey Menafee worked as a dishwasher at Calhoun College and says the depiction of slavery had no place in the dining hall.
SHOW TRANSCRIPT

A dining hall worker at a Yale residential college is facing criminal charges after smashing a stained-glass window depicting slaves in a cotton field.

"It was a disturbing image. I didn't know I was supported this much. I didn't even realize what I did I had such an impact on other people," Corey Menafee told WVIT.

Menafee worked as a dishwasher at Calhoun College and says the depiction of slavery had no place in the dining hall.

In a statement Tuesday, Yale said Menafee endangered a passerby by breaking the glass. The university reported Menafee has resigned and the school will not press charges. But WTNH reported he still faces charges from the state of Connecticut, since glass from the window fell onto a public sidewalk.