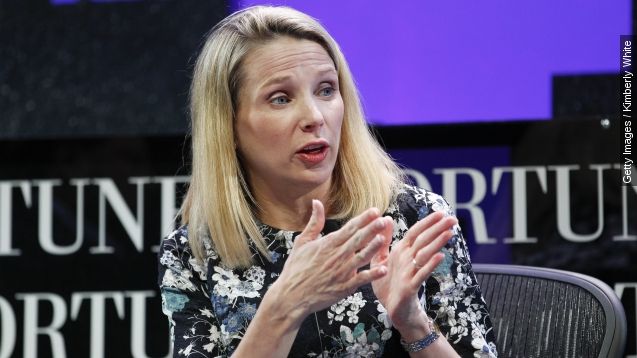 Yahoo CEO Marissa Mayer was supposed to save the floundering tech company, but the turnaround hasn't gone as expected.

And now, more Yahoo employees could be getting the boot. Massive layoffs are reportedly expected by the end of the month in an effort to reverse the company's downward trend. (Video via Yahoo)

A New York Times writer, citing more than 15 current and former Yahoo employees, reports, "While many Yahoo workers are keeping their heads down, just doing their jobs, others have lost faith in Ms. Mayer's leadership." (Video via Fortune)

The New York Times calls the expected layoffs a "last-ditch plan" to help revitalize the company, and it could be one of Mayer's last plans, too. Investors are reportedly calling for Mayer's firing more and more. (Video via World Economic Forum)

Mayer took over as Yahoo's CEO in July 2012, and while the company saw positive gains in her first few years, things have hit a steady decline lately.

According to the New York Post, Mayer has spent $7 billion on acquisitions that haven't paid off yet. The outlet reports Yahoo is expected to spend another $3 billion to "bolster the struggling Web giant's content arsenal."