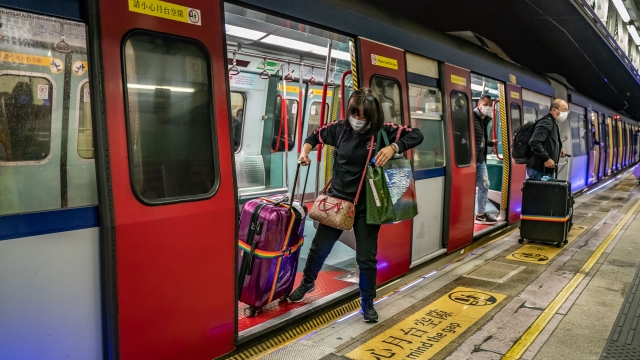 As a deadly coronavirus continues to spread, Chinese President Xi Jinping is calling for improvements to the country's public health system.

In a meeting with top government officials on Monday, he called the virus a "major test of China's system and capacity for government." He warned that going forward, local officials will be punished if they don't follow orders to contain the virus.

While acknowledging "shortcomings and deficiencies" with how the outbreak was initially handled, leaders in that meeting highlighted key areas to work on, including China's emergency management system, environmental sanitation conditions and tackling the illegal wildlife trade.

New cases of the virus are being reported every day. It's killed at least 427 people and infected more than 20,600 others.

Chinese health officials say the majority of people who have died from the virus have been over the age of 60 and have had an underlying medical condition — like diabetes or a cardiovascular problem.

The virus originated in Wuhan, China — a city of 11 million people. It's since spread to all of mainland China's 31 provinces and more than 20 other countries. Hong Kong officials reported its first death from the virus Tuesday.

The Hong Kong government has temporarily closed most of its border crossings with mainland China to keep the virus from spreading. But thousands of mainland tourists can still enter the city through the three that have remained open.