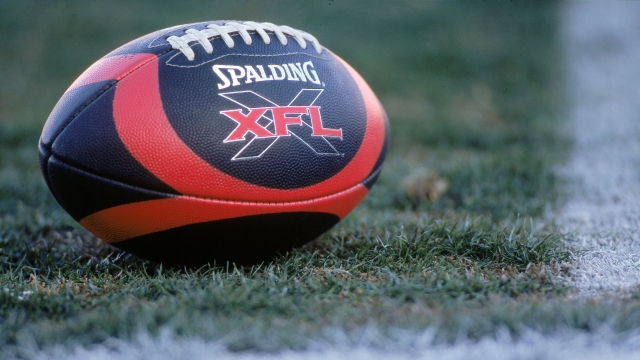 SMS
XFL Officially Kicks Off 2020 Season
By Gage Jackson
By Gage Jackson
February 10, 2020
The professional football start-up returned after folding in 2001, but it's promised to do things differently this time around.
SHOW TRANSCRIPT

The league that introduced us to 9-point touchdowns and nicknames on jerseys has officially made its return. The XFL rebooted over the weekend.

This is WWE CEO Vince McMahon's second attempt to fill a springtime football void; the league went belly-up in 2001 after just one season. But he expects things to be different this time around.

"As far as our league is concerned, it will have nothing to do with politics, absolutely nothing, and nothing to do with social issues, either. We're there to play football. We want really good football, and I think that's what fans want as well."

The revamped XFL promises a family-friendly environment, which is a reversal of the league's past promises of a faster game and more violent hits. McMahon says player safety will be a top priority.

And you may recognize some familiar faces, such as former Pittsburgh Steelers backup quarterback Landry Jones or Super Bowl L phenom Kony Ealy, who tied the NFL record for individual sacks in the championship game.

The league comprises eight teams. They'll play a 10-week season leading up to a championship match at the end of April.

Other pro football startups, like the Alliance of American Football, have come and gone — usually pretty quickly. But there may be hope for the XFL: ESPN reports it had 3.3 million viewers in its opening weekend, which is stronger than the AAF's debut.