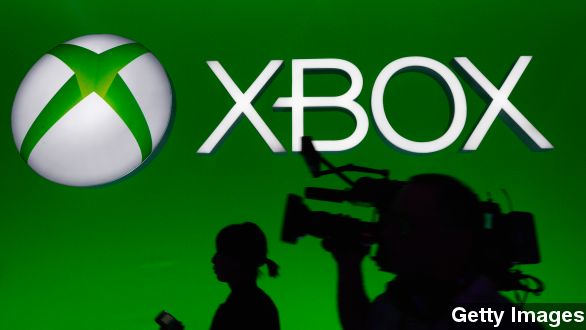 By Jay Strubberg
July 30, 2014
Less than a year after China lifted its ban of foreign gaming consoles, Microsoft is set to finally gain access to a $10 billion market.
SHOW TRANSCRIPT

Following the lift of a 13-year video game console ban, Master Chief has his aim set on one of largest markets in the world — China. (Via Brian / CC BY 2.0)

Microsoft announced Wednesday it will start selling Xbox One consoles to Chinese fans on September 23rd.

In doing so, it becomes the first entertainment system to enter the Shanghai Free Trade Zone since the country lifted its ban on foreign gaming consoles back in January. (Via Mashable)

The tech giant will team with China-based media and entertainment company BesTV New Media to bring over 70 titles to the Asian country including "Forza Motorsport 5​" and "Kinect Sports Rivals" among others.

And for now, Chinese fans will have to wait for big blockbuster titles like "Sunset Overdrive" and "Halo: The Master Chief Collection" but they're expected to hit shelves sometime down the road.

Additionally the Xbox One will give the new market access to free games and "thousands of hours" of movies, sports and other entertainment features. (Via Getty Images)

But despite the obvious excitement for the new Asian market, getting an Xbox in China will come with a much heftier price tag.

As Forbes notes, right out of the gates, the gaming system when bunded with the Kinect side-kick will run 4,300 yuan — or about $700. In the U.S. the same package runs for almost $200 less.

Regardless, Bloomberg says entering into the new Shanghai free-trade-zone will give Microsoft access to a potential $10 billion market.

Plus Bloomberg noted the original Xbox wasn't even around when the ban was put in place in 2000 — which means the demand could be pretty high given most gamers probably haven't even touched an Xbox controller. (Via Getty Images)

But, Xbox won't be the only game in town. Sony Playstation 4 is expected to start selling among China's massive 1.3 billion population soon, though no timetable has been set.

Microsoft's Xbox One launch in China will make it the first legally available foreign system since Playstation 2 went east back in 2000.