Xbox One's New 'Halo' Could Be Console's Savior At E3 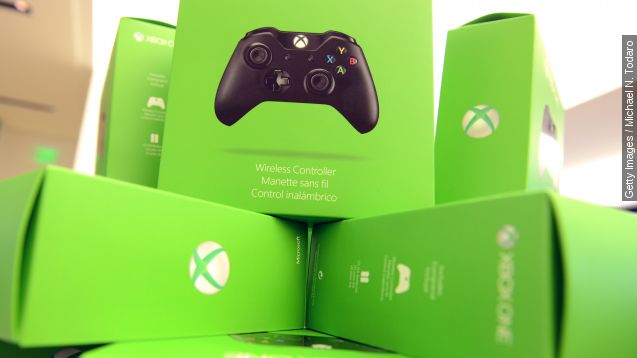 SMS
Xbox One's New 'Halo' Could Be Console's Savior At E3
By Leah Becerra
By Leah Becerra
June 15, 2015
Microsoft made a number of E3 announcements that could change its standing in the console wars, but the new "Halo" may pack the biggest wallop.
SHOW TRANSCRIPT

Microsoft has a shot at redemption, and it comes in the form of a first-person shooter: "Halo 5: Guardians."

That’s right. The all-out console war between Microsoft, Sony and Nintendo is still going on. And for Microsoft, the new "Halo" game is its — potentially — sweet, sweet ticket to more sales.

If Microsoft’s heavy-hitter this year is "Halo 5," then Sony's is undoubtedly "Uncharted 4: A Thief's End."

But we already know a lot about the new "Uncharted" game. We’ve seen a ton of gameplay and the story trailer — plus we're already excited about it.

This is another example of why Microsoft needs to get this "Halo" right — because just remember "Halo: The Master Chief Collection." If "Guardians" launches with the same issues, how will gamers ever be able to trust Microsoft again to give them the best gaming experience?

Another bad "Halo" launch could mean Microsoft loses even more ground in the console war to Sony — who's currently winning.

To fight back, Microsoft also announced at E3 "Gears of War: Ultimate Edition" will be ready for an August release, and a multiplayer beta is ready to be downloaded right now. Although we won't see "Gears of War 4" for at least another year.

So far Microsoft's biggest console news has been that the new Xbox One will be backwards compatible. That's right; owners will be able to drop Xbox 360 games into the One consoles and go to town.

What about Nintendo you ask? Well, what about them? The company opted out of a stage show again.

The last time Nintendo did an E3 stage show for a console was in 2012. Now the company mostly draws a crowd using digital events like Nintendo Treehouse or some sort of tournament.

Earlier this month Microsoft unveiled a new 1TB console  — along with a new wireless controller that finally has a plug for your headset. Although the extra space is nice, the updated hard drive just doesn't seem like enough to boost sales.

Microsoft has one other thing that could likely help with console sales: The company could release a slim version of the Xbox One.

If Microsoft does announce a slim console, the only thing Sony could do to hit them back is — well — drop the price of the PS4. Actually, Sony should do that anyway.

This video includes images from Getty Images and music by Jenova 7 / CC BY NC ND 3.0​.