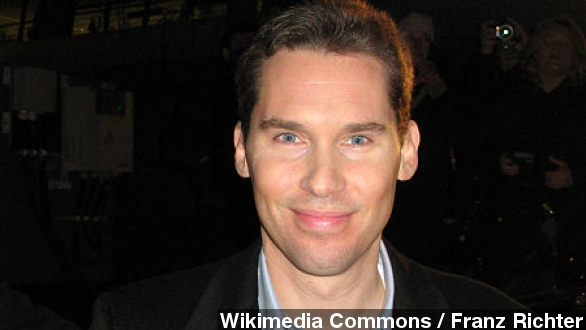 Bryan Singer is making headlines, but not for the latest "X-Men" movie that's just a month from opening. Instead, it's for a lawsuit claiming Singer drugged and raped a teenager.

"The suit was filed yesterday accusing him of offering a teen actor a role in an 'X-Men' film if he gave in to Singer's sexual demands. This allegedly happened 15 years ago when Michael Egan was 17." (Via KFNB)

"According to the lawsuit, Egan was lured into a sex ring with promises of auditions and forced to have sex with adult men at parties. The lawsuit says Singer forced himself on Egan ... and threatened Egan when he resisted." (Via KABC)

The suit says the alleged abuse happened in Hawaii and California.

Egan, seen here in a Web series, is now in his thirties. He says it all started back in 1998. Egan said Singer drugged and raped him. (Via Vimeo / partygirlplusone)

The lawsuit also says Marc Collins-Rector, the former chairman of Digital Entertainment Network, lured Egan and other young boys to a house dubbed the M & C Estate. In 2004, Collins-Rector pleaded guilty to sex crimes with minors.

According to The Hollywood Reporter, Egan's attorney, Jeff Herman, said, "Hollywood has a problem with the sexual exploitation of children" and that Herman plans to address the issue.

This comes just months after '80s childhood star Corey Feldman published a memoir about the sexual abuse he and Corey Haim allegedly endured by men in the industry at the height of their child-star careers. (Via New York Daily News)

Feldman said he believes pedophilia is the No. 1 problem child stars face. (Via ABC)

But Singer's lawyer says this is all a publicity stunt. "The claims made against Bryan Singer are completely without merit.  We are very confident that Bryan will be vindicated in this absurd and defamatory lawsuit." (Via TMZ)

The suit doesn't specify a total dollar amount, but it's asserting claims for intentional infliction of emotional distress, battery, assault and invasion of privacy by unreasonable intrusion. Egan's attorney is scheduled to hold a press conference Thursday.