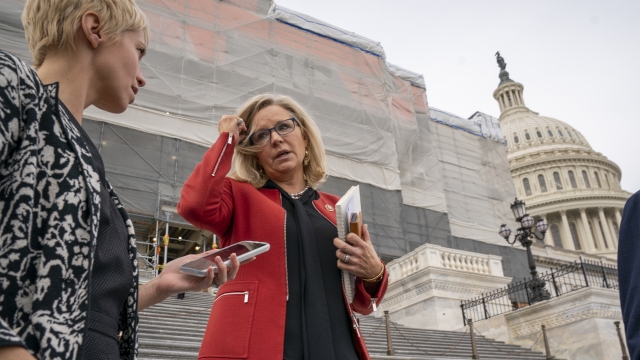 Republican Representative Liz Cheney is being censured in her home state, as GOP groups in Wyoming are retaliating for her vote to impeach former President Trump.

GOP committees in at least 10 different counties have formally voted to censure Cheney. They claim she betrayed her Republican constituents by supporting impeachment of the former president for inciting the Jan. 6 violence at the U.S. Capitol.

The local actions follow a failed secret ballot vote to censure Cheney within the House Republican Caucus on Wednesday.

The vote ended with a final tally of 145 to 61, keeping the third-ranking GOP member in her leadership role.

Cheney reportedly got an earful from many angry members after her impeachment vote -  which she says she neither apologizes for nor regrets.

"We really did have a terrific vote tonight, terrific time this evening laying out where we're going to do going forward as well as making clear we're not going to be divided," she said.

Cheney was one of just 10 Republicans who broke party ranks in supporting the impeachment vote.

House Republican leader Kevin McCarthy, who voted against impeachment, advocated for keeping Cheney on the leadership team. He said, "We’re not going to be divided and we’re not going to be in a situation where people can pick off any member of leadership. It was a very resounding acknowledgment that we need to go forward together."