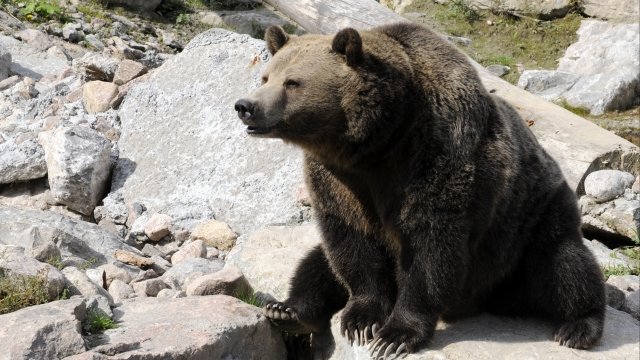 SMS
Wyoming Approves First Grizzly Bear Hunt In Over 40 Years
By Ethan Weston
By Ethan Weston
May 24, 2018
The last grizzly hunt in the lower 48 was in 1991, when Montana held one.
SHOW TRANSCRIPT

Wyoming announced Wednesday that it would allow its first grizzly bear hunt in 44 years this fall.

A number of outlets are reporting the state will allow 22 grizzlies to be killed in the areas east and south of Yellowstone and Grand Teton national parks. A representative at the Wyoming Game and Fish Department told Newsy the official number would be released sometime Thursday.

The last grizzly hunt in the lower 48 was in 1991, when Montana held one. The last hunt in the Greater Yellowstone Ecosystem was in 1974.

There were once more than 50,000 grizzly bears in the lower U.S., but thanks to hunting and trapping, that number plummeted. Today, the Greater Yellowstone population has rebounded from a low of under 150 individuals to around 700.

There's disagreement about whether the bears are ready to be hunted, though. One biologist told Explore Big Sky in December the bears in the Yellowstone area had basically reached carrying capacity, meaning the ecosystem can't support much more of the animal.

But a group of biologists and the Sierra Club wrote a letter to Wyoming's governor saying bears are still threatened by changing environmental conditions.

And tribal nations from across the country and in Canada wrote letters opposing the hunt, saying it violated conservation treaties.